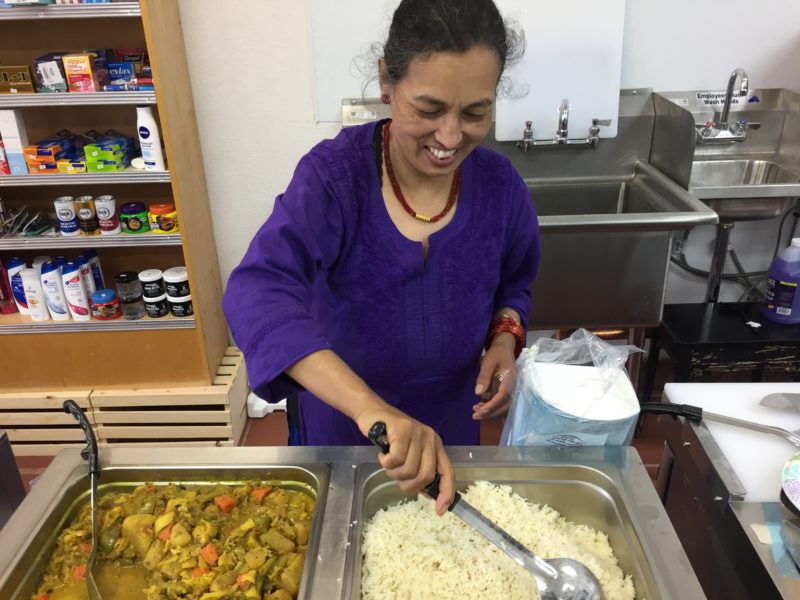 Countless businesses have come and gone on Telegraph in recent years, but the latest arrival is helmed by a family with a long history on the avenue.

Kathmandu Market and Deli opened April 13 at the old Fred’s Deli and Market site at 2521 Telegraph Ave. The small space is stocked with typical corner store fare — chips, candy and cigarettes — plus hot Nepalese takeout and deli sandwiches. The market will soon offer a selection of fresh produce, beer and wine.

Kathmandu Market and Deli is latest venture from Deepak and Lila Singh and their sons Daryn and Daniel. They opened their first store, Kathmandu Imports, on Dwight Way and Telegraph in 1985. Around that time the family lived in the Chandler building on that corner, which was ravaged by a fire in 2015.

Kathmandu Imports — the first store to sell Nepalese goods in the East Bay, according to the Singhs — later relocated across the street to its current spot at 2515 Telegraph Ave. The family also opened another imported goods store and a restaurant on Solano Avenue. The family members all bounce between the different sites day to day. The Singhs’ youngest child Liela, who is in high school, helps out too.

“We’re happy to be able to share our culture, from the handcrafted goods to the food,” said Daryn, 25. “People in Berkeley appreciate it.” 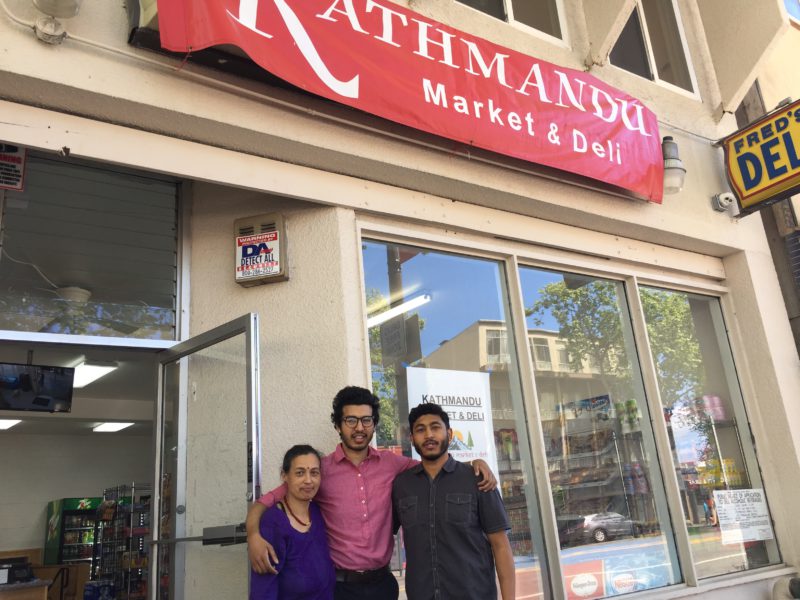 The Singhs’ Kathmandu Restaurant will cater the hot food sold at the new market. On the menu are vegetable and meat curries, wraps, salads and “curritos” stuffed with curry and basmati rice along with pinto beans and cheese. And yes, there are momos, the popular steamed dumplings filled with chicken or vegetables.

“Momos are kind of like pizza to a Nepalese kid,” Daryn said.

Most of the items, many under $10, come with a homemade hot sauce that has a kick (or its mild alternative).

The shop opened late last Thursday morning, on a day that had begun drizzly but cleared up in time for the ribbon-cutting. Berkeley councilman Kriss Worthington attended the ceremony, as did Telegraph Business Improvement District executive director Stuart Baker, city staffers and a number of other local merchants.

Doris Moscowitz, who owns Moe’s Books and whose mother owned the Chandler, noted that she lived there at the same time as the Singhs, when the boys were little.

Earlier Friday morning at a TBID meeting, Baker said he was thrilled that a family with a history on Telegraph has moved into, and renovated, the space so it is brighter and cleaner.

The produce will be of great value in the neighborhood and especially to students, Baker said.

“We all had our Top Ramen in our day, but it will be great to have some really nice produce,” he said.

The Singhs expect to cater to a diverse clientele including students, other residents and passersby, Daryn said. They will not sell single servings of alcohol in hopes of avoiding noise and drinking outside.

Daryn, the younger son, was the first in the family to graduate from college. He has an undergraduate business degree from the University of Oklahoma, which he plans to use to continue to expand the Singhs’ slowly developing empire of stores selling silk scarves, wooden masks and chicken curry in the East Bay.